Refer to a friend

Six pairs of artists & engineers explore the intersection of art, humanity, technology and the unknown — powered by Verizon/Hacker Lab

Aida Lizalde walked from the old to the new Sacramento City Hall to work with Megan Carter of the City of Sacramento’s transportation division.

Together, the two are creating GIS-level artwork of the city’s road and waterways. One of the pairs of Engineers & Artists: Sacramento, the artist and city. The participants are bringing a diversity perspectives and backgrounds to make a dynamic exhibition on March 9 from 5:30 - 8 p.m., addressing the themes:

“After having a conversation we realized we both have an interest in mapping, the symbolism of them and what kind of behavior is allowed and the politics of public space,” Lizalde said. “And the imagery that goes along with that.”

Lizalde ended her video to Verizon showing colorful maps of the region Carter inspired her with. Carter, an Associate Civil Engineer with the City of Sacramento, has a passion for making Sacramento a safer space for residents.

So does Lizalde: Her work addresses issues of power, heritage, nationality and personal experiences — with projects spanning physical-yet-arbitrary geographical borders and ideas of belonging, assimilation, performative in nature and, for the participant, immersive in presence.

Learn more about the six pairs of Engineers & Artists coming to Hacker Lab on March 9: 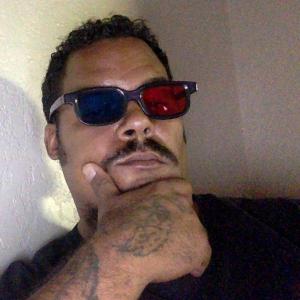 Tavarus Blackmon is an artist who was born and raised Sacramento, where he still resides.  He is a recent graduate of the MFA program at The University of California, Davis. His work has been in exhibitions at Shy Rabbit Gallery, Pagosa Springs, CO; The Midway, San Francisco, CA;  American Steel Studios, Oakland, CA, The Center for Digital Art, Los Angeles, CA, FE Gallery, Sacramento, CA, BrickHouse Gallery, Sacramento, CA and the Blue Banana Video Art Festival in Berlin, Germany. He also received an MA and BA from Cal State University, Sacramento, and is a current artist-in-residence at Headlands Center for the Arts.

Blackmon’s practice comprises of painting bold canvases that are full of cultural, societal, and personal references, particularly surrounding his identity and domestic life. He also works digitally, creating videos, web-based projects, and digital collages. His work often references art history and culture, particularly the Funk Art movement, which was a prominent artistic style in Northern California in the ‘60s and ‘70s. 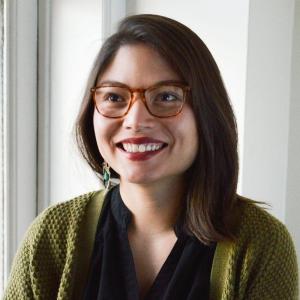 Aida Lizalde is a multimedia artist living in Sacramento. Her work consists in researching issues of citizenship, power, heritage, nationality and other personal and political experiences. She has been in recent exhibitions at the Museum of Northern California of Chico, the Marin Museum of Contemporary Art, Beacon Project Sacramento, SOMArts Cultural Center, The Latino Center of Art and Culture, and Axis Gallery. She received her BA from UC Davis.

Recent artistic projects include a series of ongoing outdoor installations creating physical-yet-arbitrary geographical borders that deals with idea of frontiers and belonging and the process of assimilation, ownership, and identity, inspired by the artist’s own personal journey. Her sculptural practice includes objects that are the result or records of physical process, referencing corporeal existence. They become almost performative, referencing tactile, immersive, and ritual movements related to the body. Aida has also produced multiple collaborative and interactive artistic installations that draw upon various themes and are designed to engage with multiple publics. 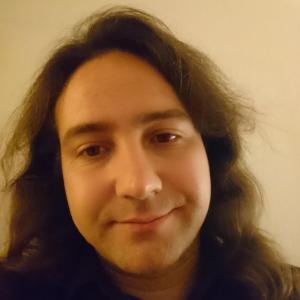 Mikko Lautamo is a Sacramento-based artist whose work takes the form of software installations, projections and interactive screen pieces. His practice focuses on the methods and movements of complex systems such as biological, environmental, social, economic, political. Blending these systems within a context of AI (artificial intelligence) results in his generative abstract animations. Lautamo’s work has been featured in exhibitions in Germany and the Sacramento area. Lautamo teaches New Media at Sacramento State, where he also studied. 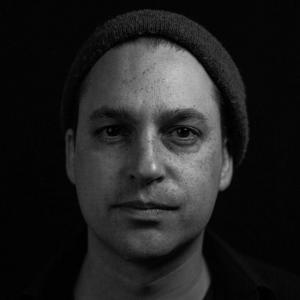 David Stone is a creative code and technology, projection, mixed and new media artist that uses various tools to facilitate the creation of his work, including microcontrollers, ICs, depth cameras, Processing, C++, Max/MSP, TouchDesigner and Pure Data. David creates visualizations that take the form of video, sound, and installations (often combining all three) that frequently involves performance or participation from viewers. He has created multiple collaborative and solo installations in the Sacramento area. 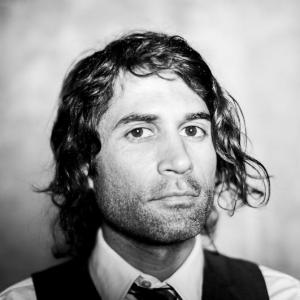 Bryan Valenzuela lives and works in Sacramento. For over a decade he’s been aiming to perfect a unique drawing technique involving the atomization of the figure by carving out shape and light with handwritten text. Though virtually unnoticeable from afar, once the viewer steps closer to each work they are engulfed in a barrage of words intermingled with other mixed media elements such as needle and thread, acrylic paint, and collage. His subject matters explore connections between perceived opposites (microcosm vs macrocosm, order vs chaos) and aims to weave disparate elements into a whole. He frequently employs symbols that meld together interests in psychological states, the natural world, physics, mathematics, and astronomy to name a few.

Bryan has created numerous large-scale public murals both in Sacramento and elsewhere, and has been featured in many exhibitions in the area. He also completed a large-scale installation in the Golden 1 Center, titled Multitudes Converge (2016). 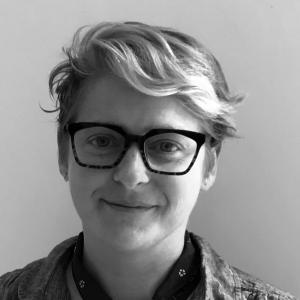 Summer Ventis is a printmaking professor at Sacramento State and an established artist. Her work deals with internal and external landscapes and their intersections. She uses the printmaking process to experiment with and create two-dimensional prints, books, sculptures, and installations. Her recent work engages the reciprocal relationship between inner and outer space, between people and our environments, in the landscapes of the Western and Midwestern United States. ceding clouds explores this relationship through the lens of fire—the imprints left by wildfire, on the part of the landscape, and prescribed burns, on the part of people. defensible space and a belly full of water against the future drought use cactus imagery to interrogate issues surrounding borders and scarcity. Lagoons and Fringe Landscapes emerge from the beauties and horrors of modern agriculture.

Ventis’s work has been shown in exhibitions nationally and internationally, and is featured in numerous institutional collections. She received her MFA from the University of Colorado and her BA from Grinnell College in Iowa.

Please fill out your info:

You don't have an active membership.

One-on-one classes are only open to members at this time.

What are my membership options?

Imma let you finish, but...

One-on-one classes are only open to members at this time.

Signup for our Newsletter: